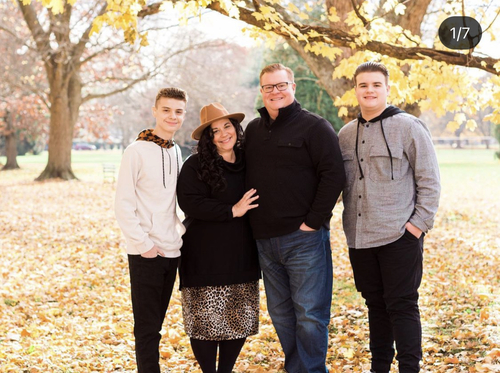 James Maroney is the pastor of Abundant Faith Church in Evansville, IN. He previously  pastored in Campbellsburg, KY for 15 years and evangelized four years prior.  He served on the General Youth Committee representing the state of Kentucky for four years. Prior to that he served as Youth Secretary for the Kentucky District Youth, four years. James has ministered extensively across the country and abroad.

In 1993 James married an amazingly talented woman, Gayla Jo Maroney, whom he met while living in KY.  Gayla, daughter of a church planter, has spent nearly her whole life in ministry. James and Gayla are parents of handsome twin boys Collin and Connor. The Maroney family loves working for the kingdom and loving people.  They look forward to connecting with you as you visit and become a part of the AFC Family.